Thank you for your patience while we retrieve your images.

Created 1-Nov-14
33 photos
Fanagalo is a pidgin (simplified language) based primarily on Zulu, with English and a small Afrikaans input. It is used as a lingua franca, mainly in the gold, diamond, coal and copper mining industries in South Africa and to a lesser extent in the Democratic Republic of the Congo, Namibia, Zambia, and Zimbabwe. Although it is used as a second language only, the number of speakers was estimated as "several hundred thousand" in 1975. As with India, once the British went, English became the lingua franca enabling different tribes in the same country to communicate with each other, and Fanagalo use declined.
Fanagalo is the only Zulu-based pidgin language, and is a rare example of a pidgin based on an indigenous language rather than on the language of a colonising or trading power.
The variety in Zimbabwe (Rhodesia) is known as Chilapalapa and is influenced by Shona, while the variety in Zambia (Northern Rhodesia), called Cikabanga[4] (pronounced, and sometimes spelt, Chikabanga), is influenced by Bemba.
From Wikipedia 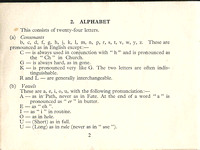 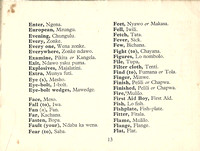